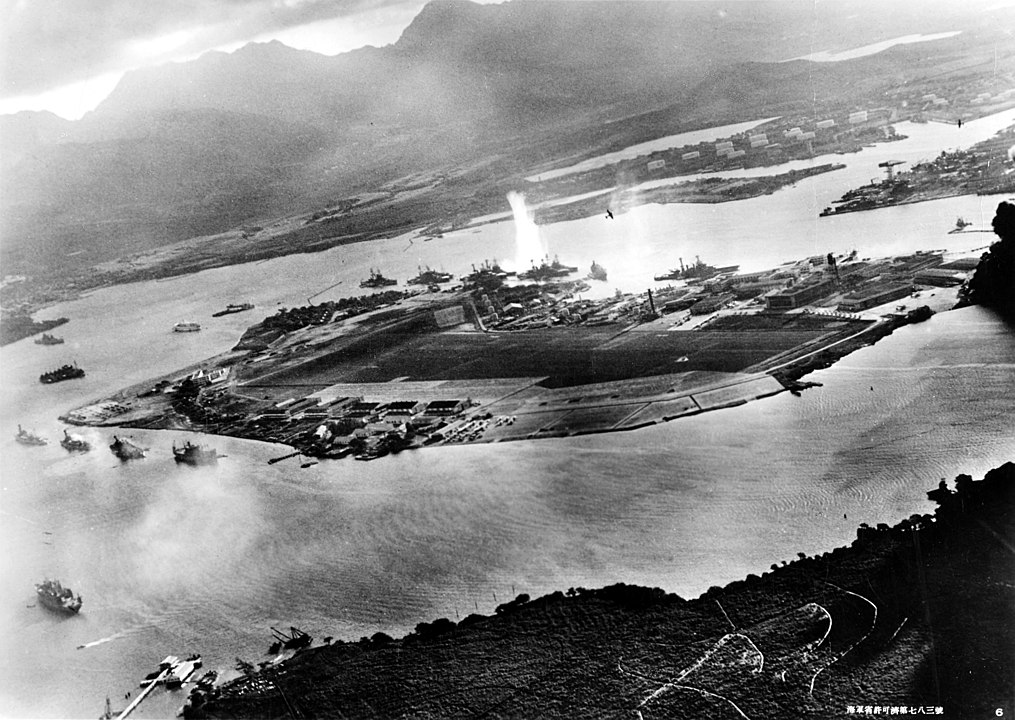 Photograph taken from a Japanese plane during the torpedo attack on ships moored on both sides of Ford Island shortly after the beginning of the Pearl Harbor attack.Imperial Japanese Navy - Official U.S. Navy photograph NH 50930

On December 6, 1941, a day prior to the attack on Pearl Harbor, President Franklin D. Roosevelt wrote a letter to the Japanese Emperor expressing concerns surrounding turmoil in the Pacific area of operations.
Roosevelt's letter begins with a reminder of the countries' century long peace agreement.

“We have hoped that a peace of the Pacific could be consummated in such a way that nationalities of many diverse peoples could exist side by side without fear of invasion; that unbearable burdens of armaments could be lifted for them all; and that all peoples would resume commerce without discrimination against or in favor of any Nation.”

Towards the end of the letter, Roosevelt begged for peace between the two countries.

“I address myself to Your Majesty at this moment in the fervent hope that Your Majesty may, as I am doing, give thought in this definite emergency to ways of dispelling the dark clouds. I am confident that both of us, for the sake of the peoples not only of our own great countries but for the sake of humanity in neighboring territories, have a sacred duty to restore traditional amity and prevent further death and destruction in the world.”

Bowfin Museum
DID YOU KNOW?
Theodore Roosevelt was the first U.S. President to tour a U.S. submarine, the USS Plunger, in 1905. After his tour he issued an Executive Order directing extra pay for submariners.