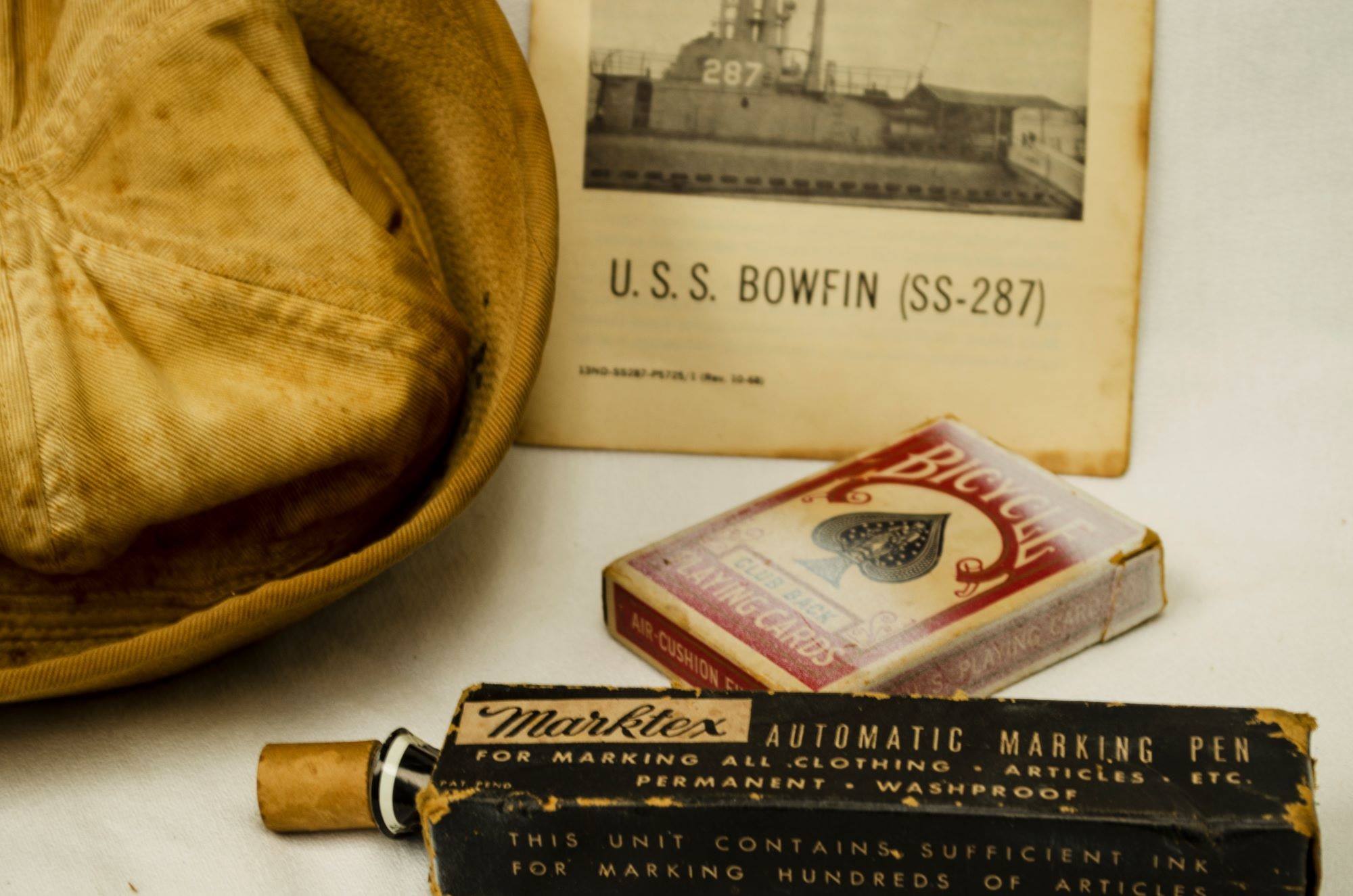 During Bowfin’s long service between 1942 and 1971 lots of items were mistakenly left on board, some stowed so well that we still find them today. A few of the most notable objects found are: an old “Welcome Aboard” pamphlet, sailor hat, deck of “Bicycle” cards, and a permanent black marker -- thought to be dated from the 1960’s during her days as a training submarine.

Bowfin was recommissioned on July 27, 1951 for the Korean War.  After arriving at San Diego, California, October 6, she would work from that port for the next two years, devoting her time to training operations and local exercises.

The nominal ending of hostilities in Korea in the summer of 1953 reduced the Navy's need for active submarines and prompted Bowfin’s second inactivation. She traveled to San Francisco in October of 1953 and was placed out of commission, in reserve, at the Mare Island Naval Shipyard April 22, 1954.

May 1, 1960 she moved to Seattle Washington to replace Puffer (SS-268) as the Naval Reserve training submarine -- where she would provide a little over a decade’s worth of service.