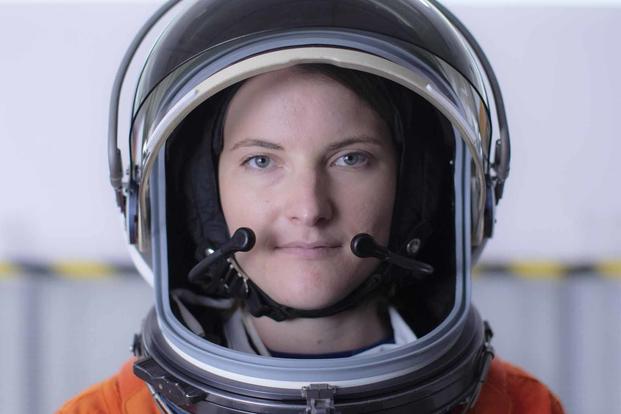 After obtaining a master's degree, Barron was part of the first group of women to become submarine warfare officers. She attended the Navy's nuclear power and submarine officer training program, and was assigned to the Ohio-class submarine USS Maine. While serving on the USS Maine, Barron completed three patrols as a division officer. Following her submarine assignment, Barron was Flag Aide to the Superintendent at the Naval Academy until her selection as an astronaut.

Barron, 33, who commissioned as a Navy officer in 2010, was selected by NASA out of a pool of approximately 18,000 people to join the 2017 astronaut candidate class. She is currently training for the SpaceX Crew-3 mission, where she will work aboard the International Space Station as a mission specialist. The launch is planned for October 30, 2021.

"I think I've been lucky to be in the right place at the right time for some of these big changes, the submarine force being a great example. They opened the community to women during my senior year at the Naval Academy, allowing me to volunteer to serve in that community," Barron said.