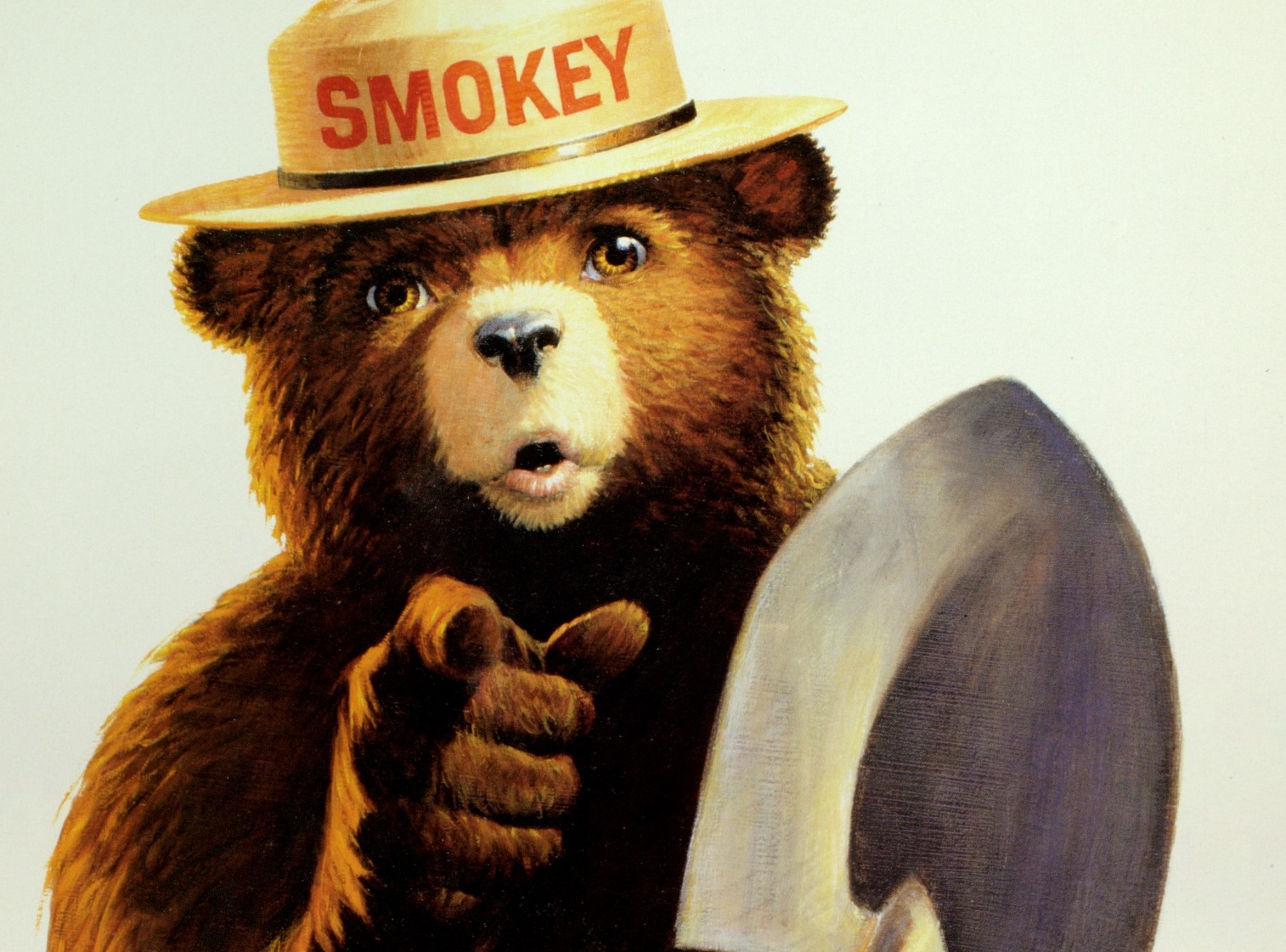 1989; Smokey Bear poster showing a half body image of Smokey pointing at the audience with one hand while holding a shovel in the other hand. Poster reads "Only You". This work is maintained in the National Agricultural Library, in Beltsville, MD.

“Remember Pearl Harbor!” and “Loose Lips Sink Ships” are among the most famous slogans during WWII. But another poster child birthed during the war—Smokey Bear—might have the most well-known slogan during that time.

During this time, many Americans worried wartime explosions might spark forest fires along the Pacific coast. These incidents, coupled with the shortage of firefighters and firefighting equipment, sparked a panic that there would be a national invasion.

Though federal funds had been going toward forest firefighting since the early 20th century, there was no national effort to prevent forest fires. The Ellwood shelling was enough to spark a cooperative effort. State forestry services and the USDA Forest Service joined the newly created Wartime Advertising Council to create the Cooperative Forest Fire Prevention Program in 1942.

The program focused on public service advertising posters urging the public to aid the war effort by preventing forest fires were soon splashed across the country. In 1944, the program enlisted a famous poster child, Disney’s Bambi. But Disney only lent the character to the effort for a year.

Artist Albert Staehle, known for his illustrations of adorable animals, stepped into the gap. He created the first poster of a cartoonish bear pouring water on a campfire. It has been said that the character was named after a former firefighting legend, New York assistant fire chief Smokey Joe Martin. Then in 1950, a real-life bear cub saved during a forest fire in New Mexico was adopted by the Forest Service, given Smokey’s name, and brought to the National Zoo in Washington, DC. During his 26-year tenure at the zoo, Smokey Bear became a national symbol of wildfire prevention—and the words “Only YOU Can Prevent Wildfires” a nationally known catchphrase.

Fortunately, the only real enemy attempts to burn U.S. forests were failures. More than 9,000 Japanese fire balloons were launched over the western United States between 1944 and 1945, but the weapons caused few casualties and even less fire damage.

Over the next 75 years, Smokey's message of wildfire prevention successfully raised awareness of the dangers of unwanted human-caused wildfires.