The Pacific Fleet Submarine Museum and campus recently completed a makeover. The museum was expanded and the interior was completely redesigned with three galleries that document the history of the United States Navy's Submarine Force during World War Two, the Cold War, Today and into the future. There are many different exhibits the whole family can enjoy.

The Submarine Force came of age during World War Two. Although the submarine force only comprised of only two percent of the Navy, it was responsible for sinking over five million tons of Imperial Japan's merchant shipping - about 60% of the total shipping sunk during the war. This success came with a tremendous price. Fifty two submarines were sunk and over 3,600 submariners were killed.

Bowfin's bell was missing after her move between San Diego and Seattle. In 1996 the bell resurfaced and was offered to the museum. 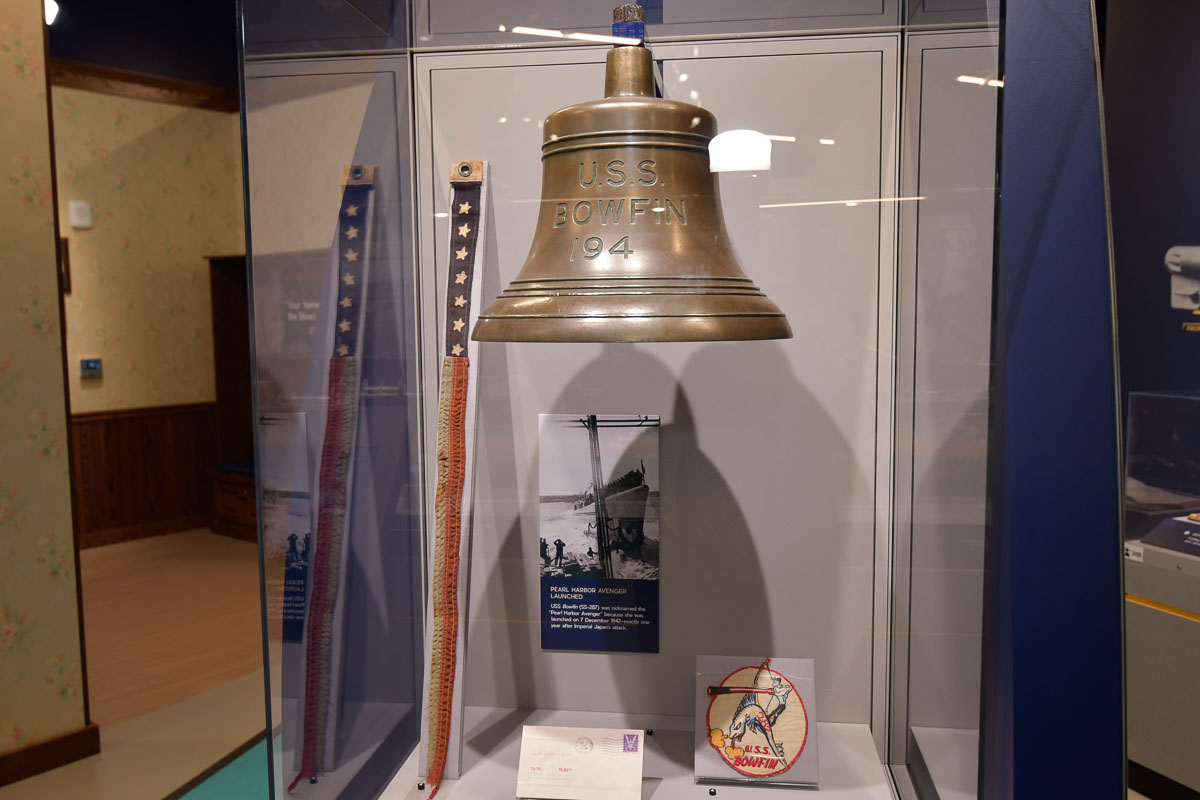 Hanging in the World War II gallery of the museum are replicas of submarine battleflags of many submarines that fought in the Pacific. Because these flags are unofficial and were individually designed by the crewmen of the different boats, the creativity, style, and design of each varies. The one element common to all of them is the pride of the men who served. Many of the flags were made with materials that were found on the boats and sewn by the members of the crew. 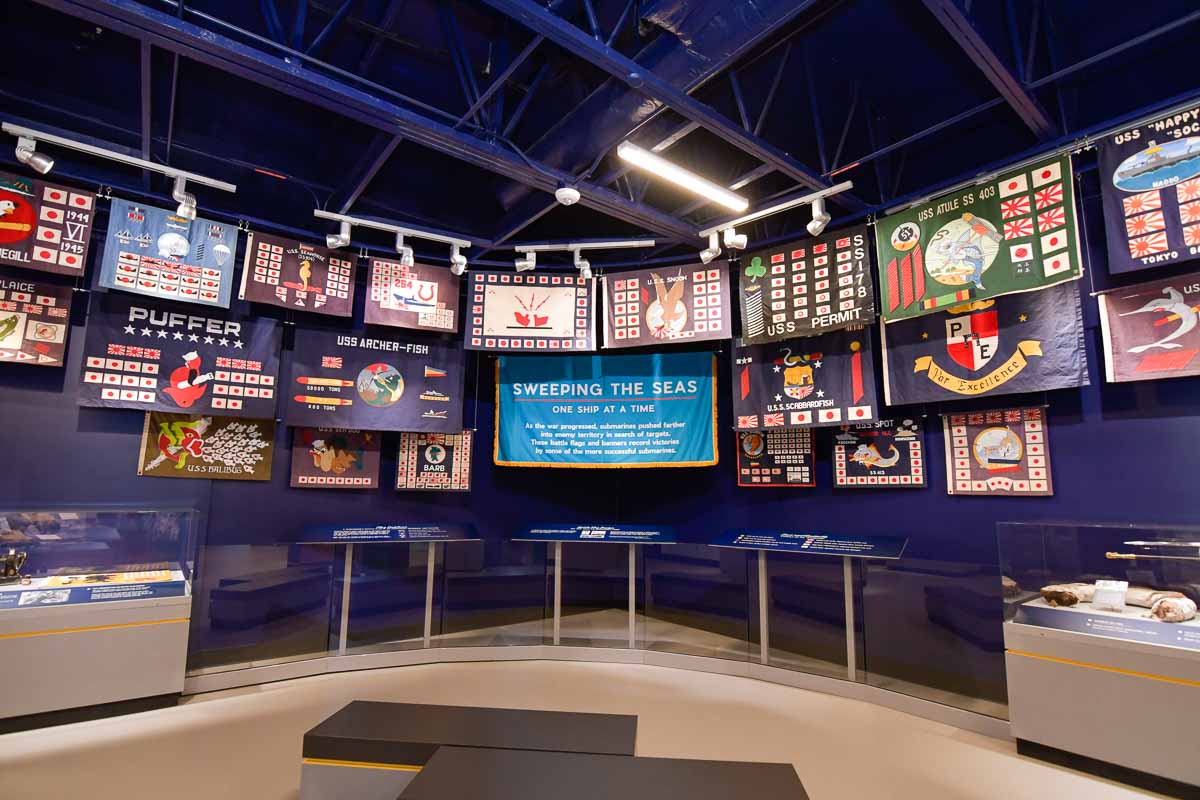 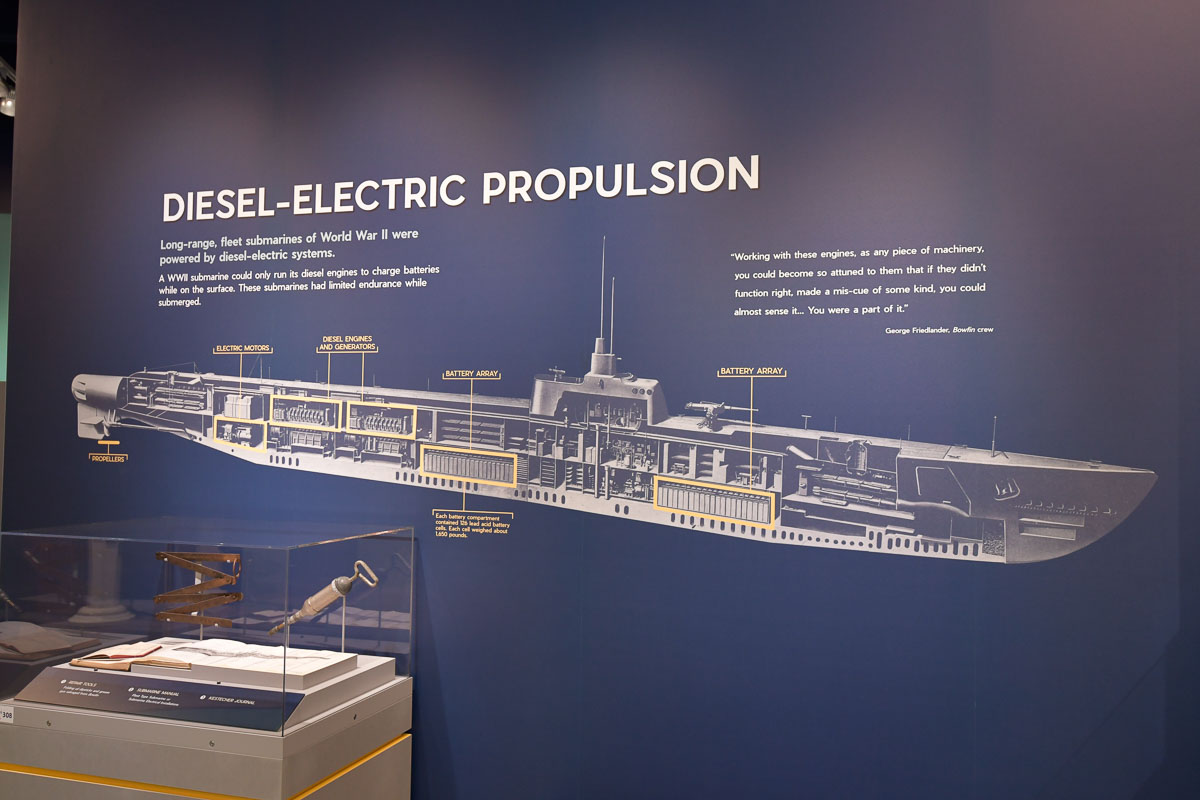 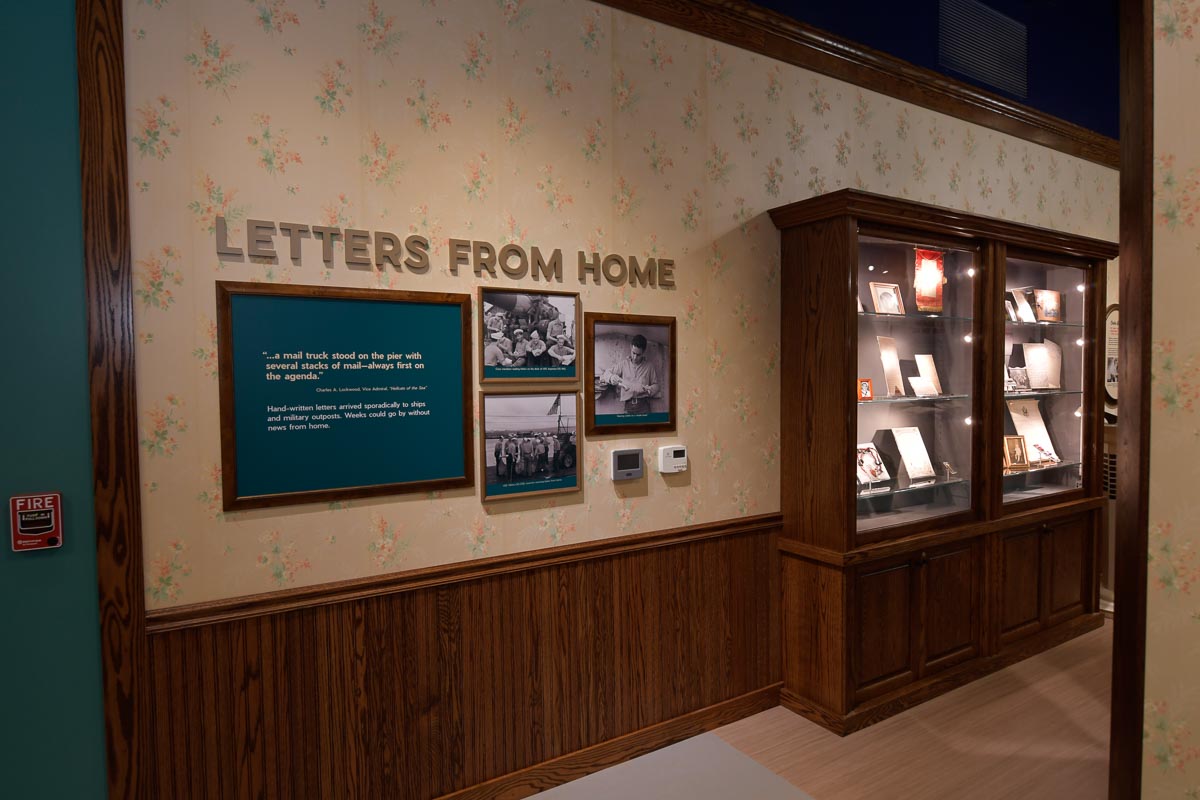 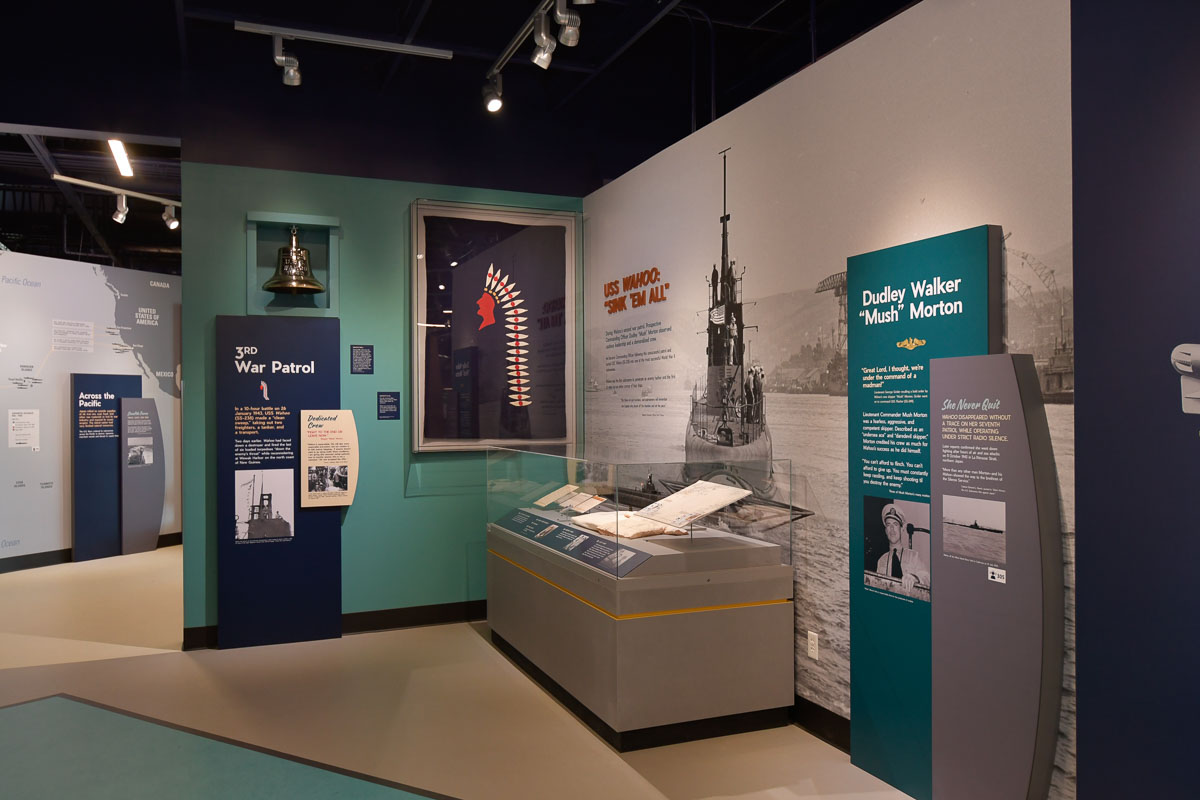 The development of nuclear propulsion and the submarine launched ballistic missile enabled the Submarine Force to help keep the peace between the United States and the Soviet Union during the Cold War. 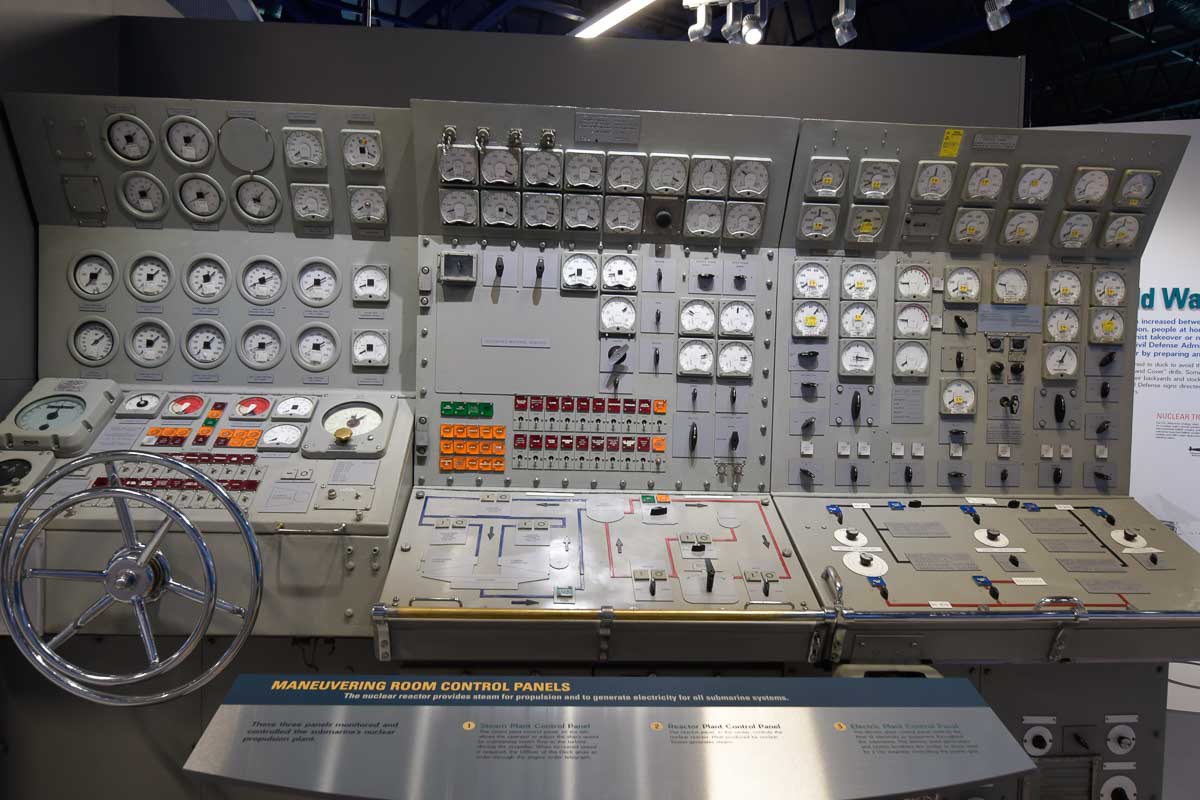 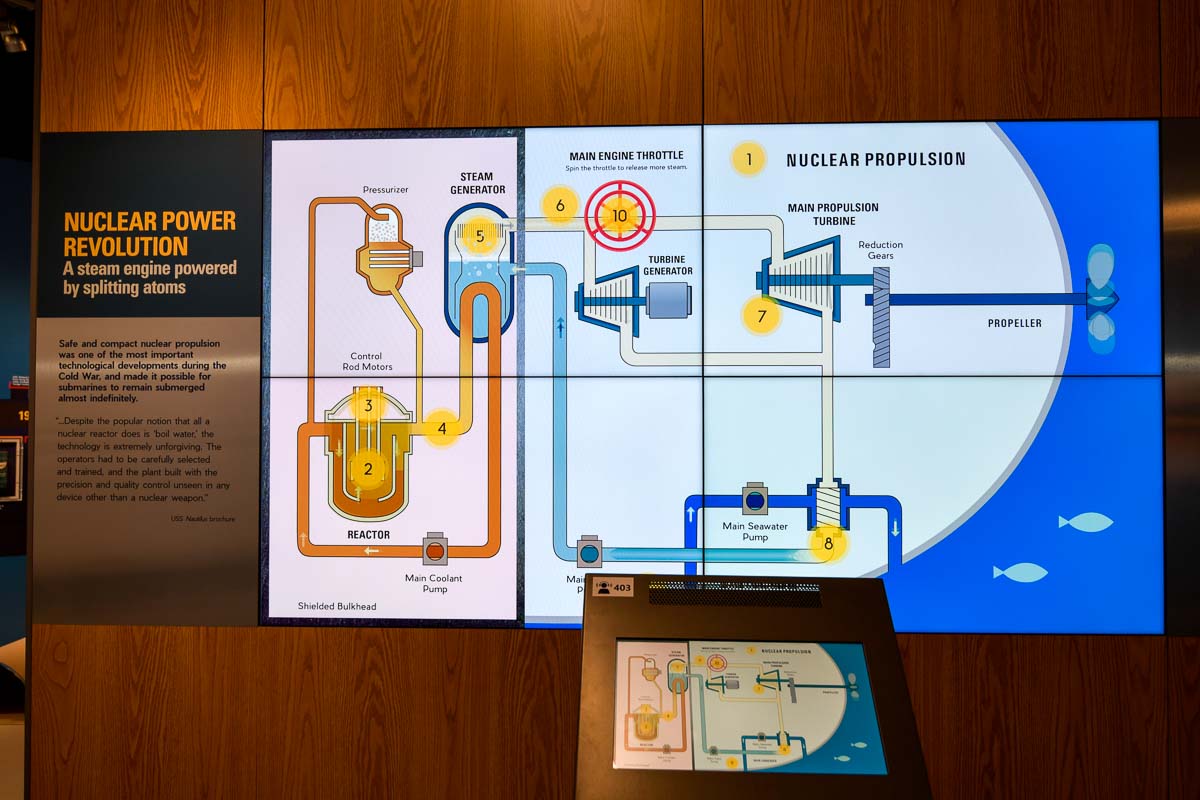 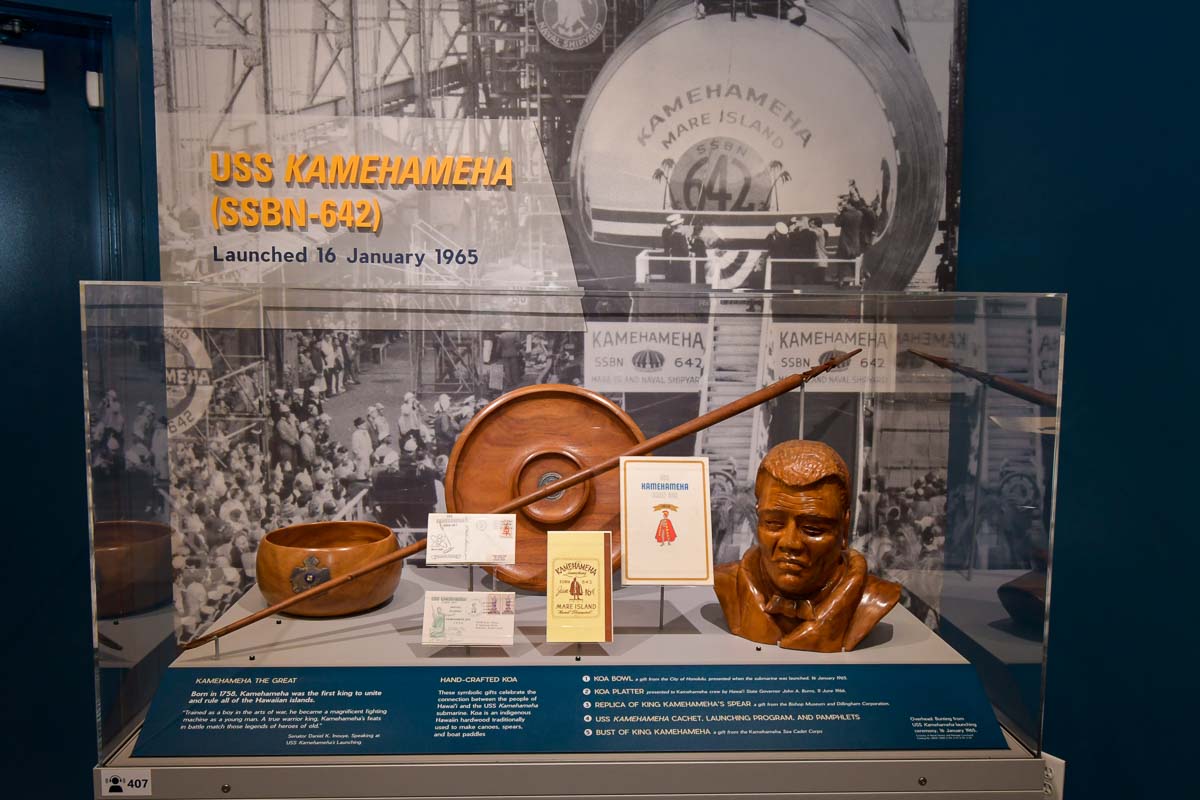 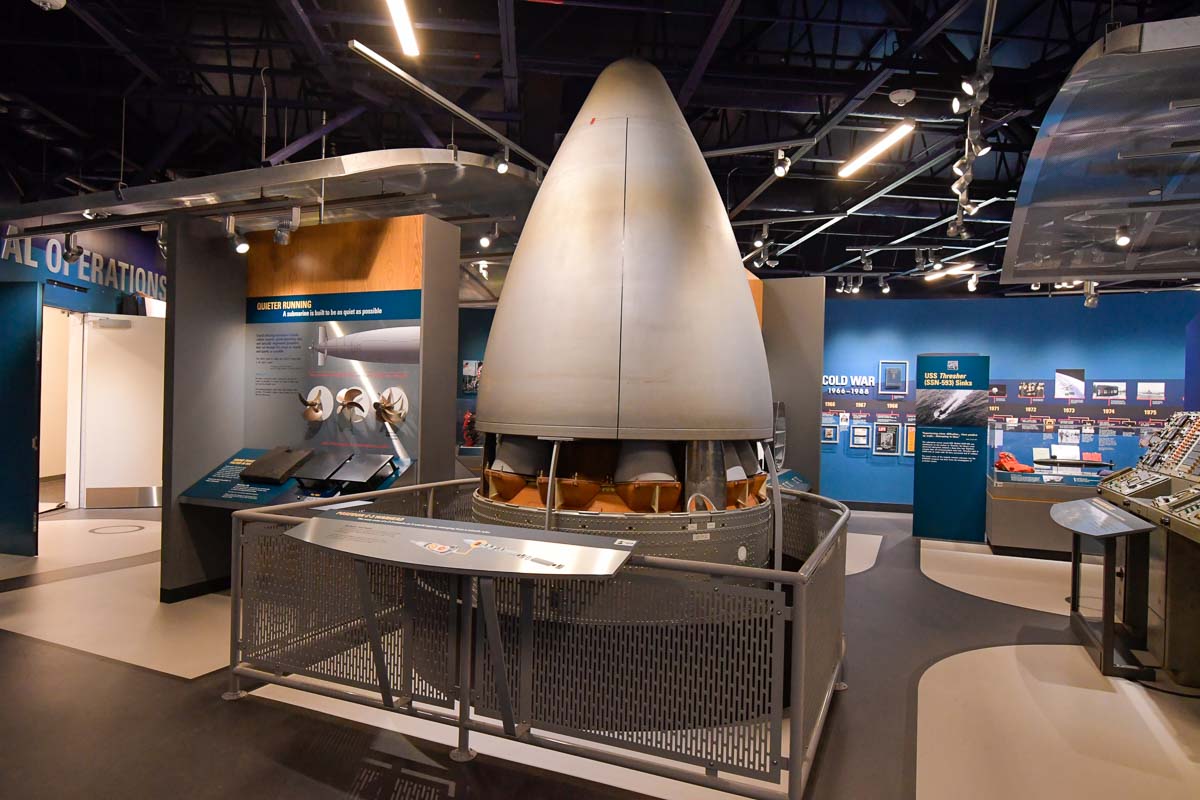 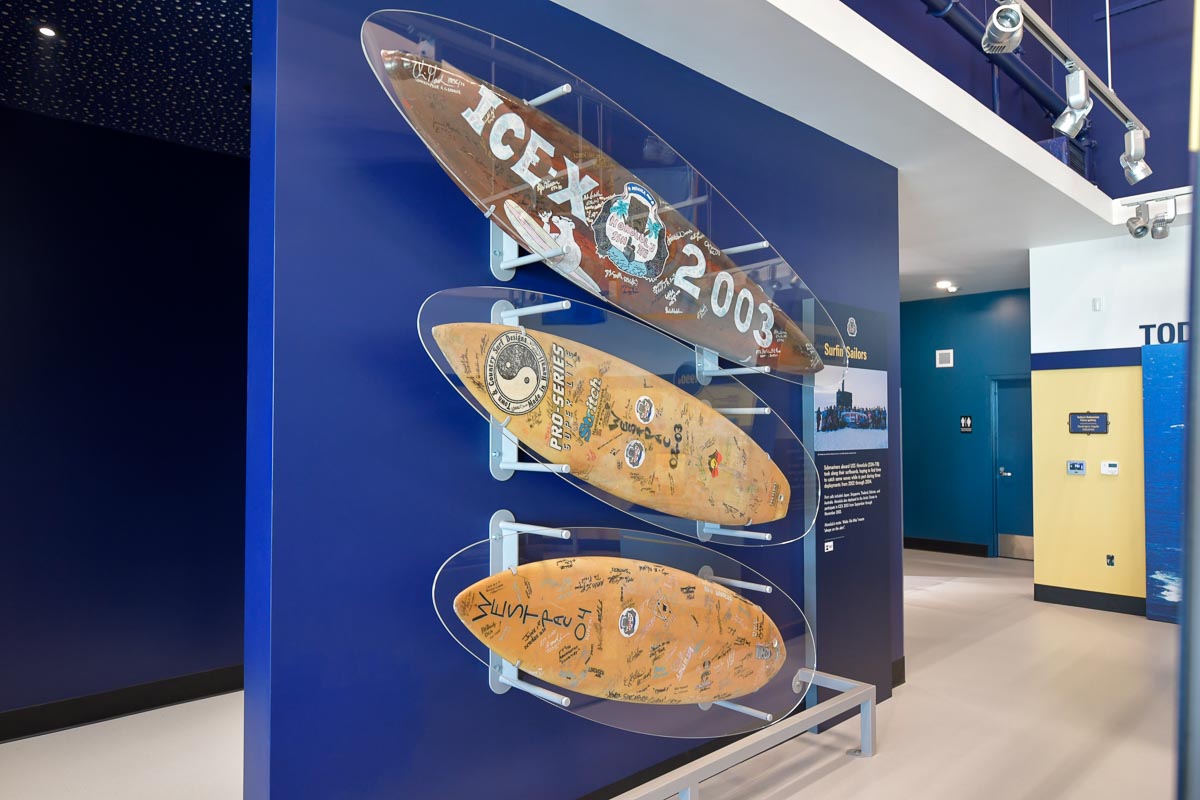 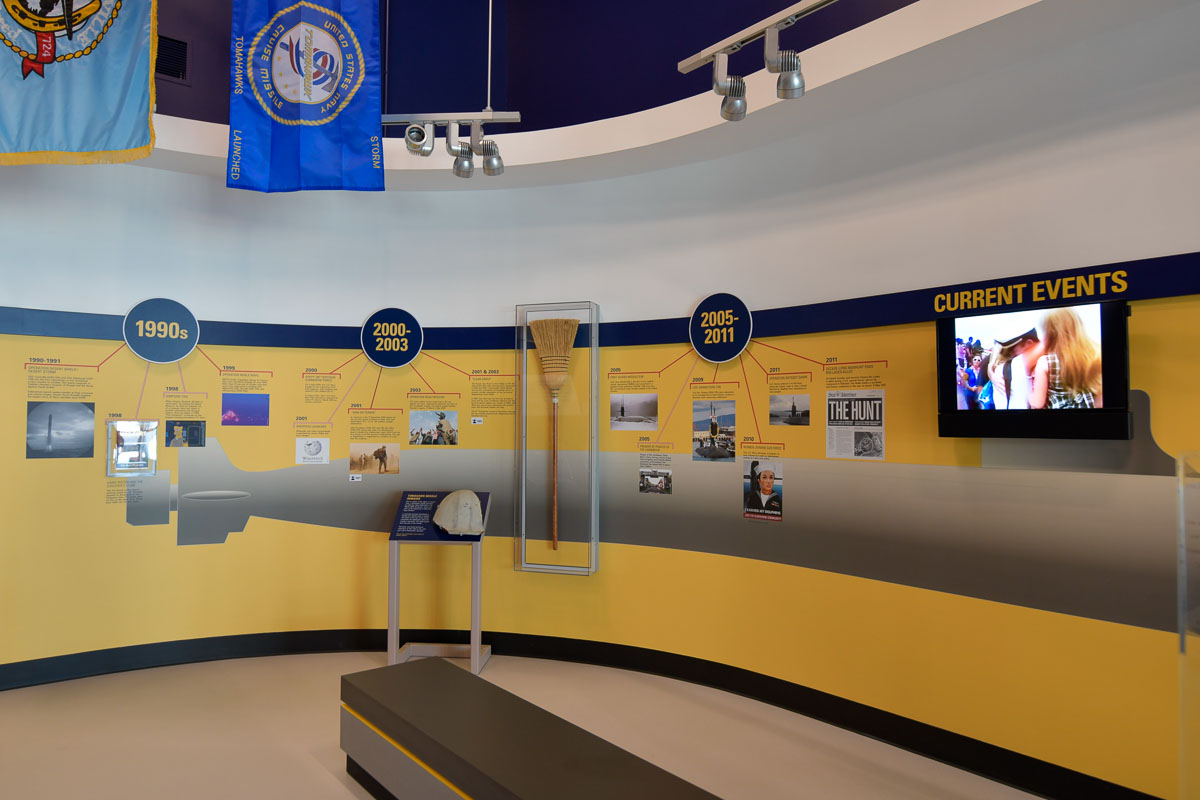 We have many great exhibits for everyone to enjoy. 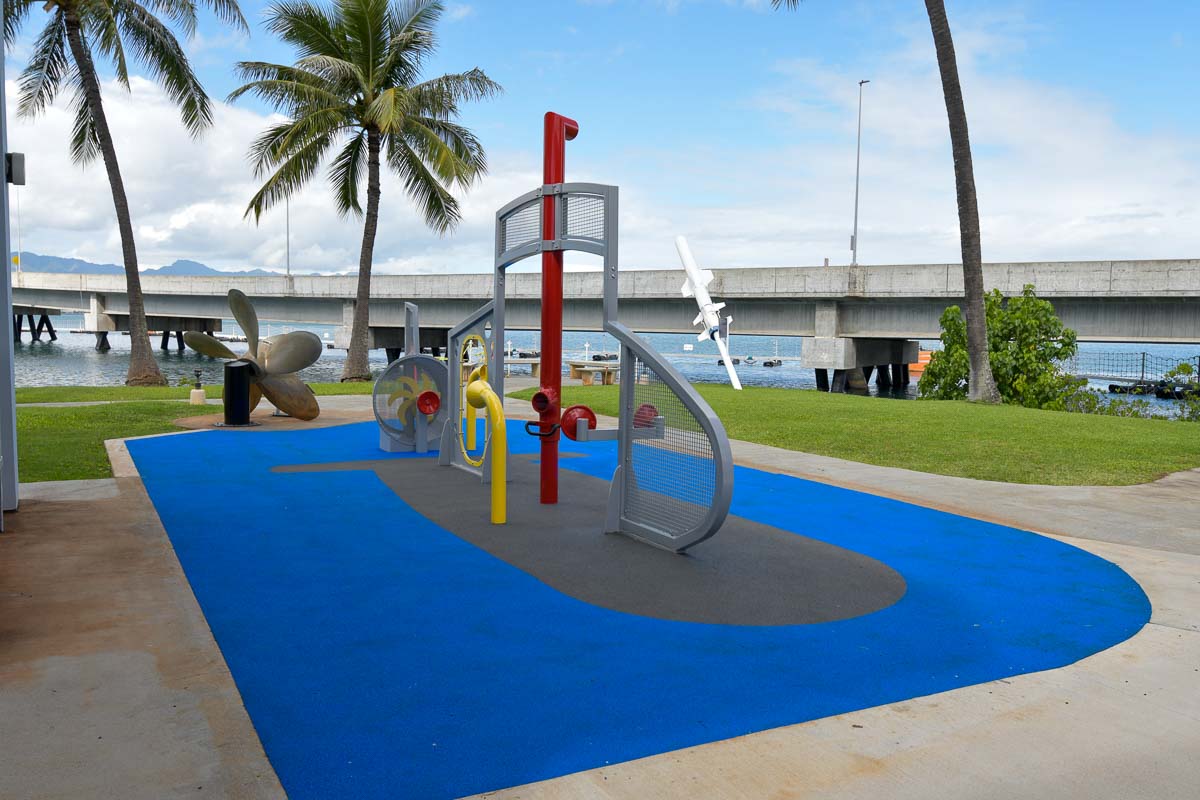 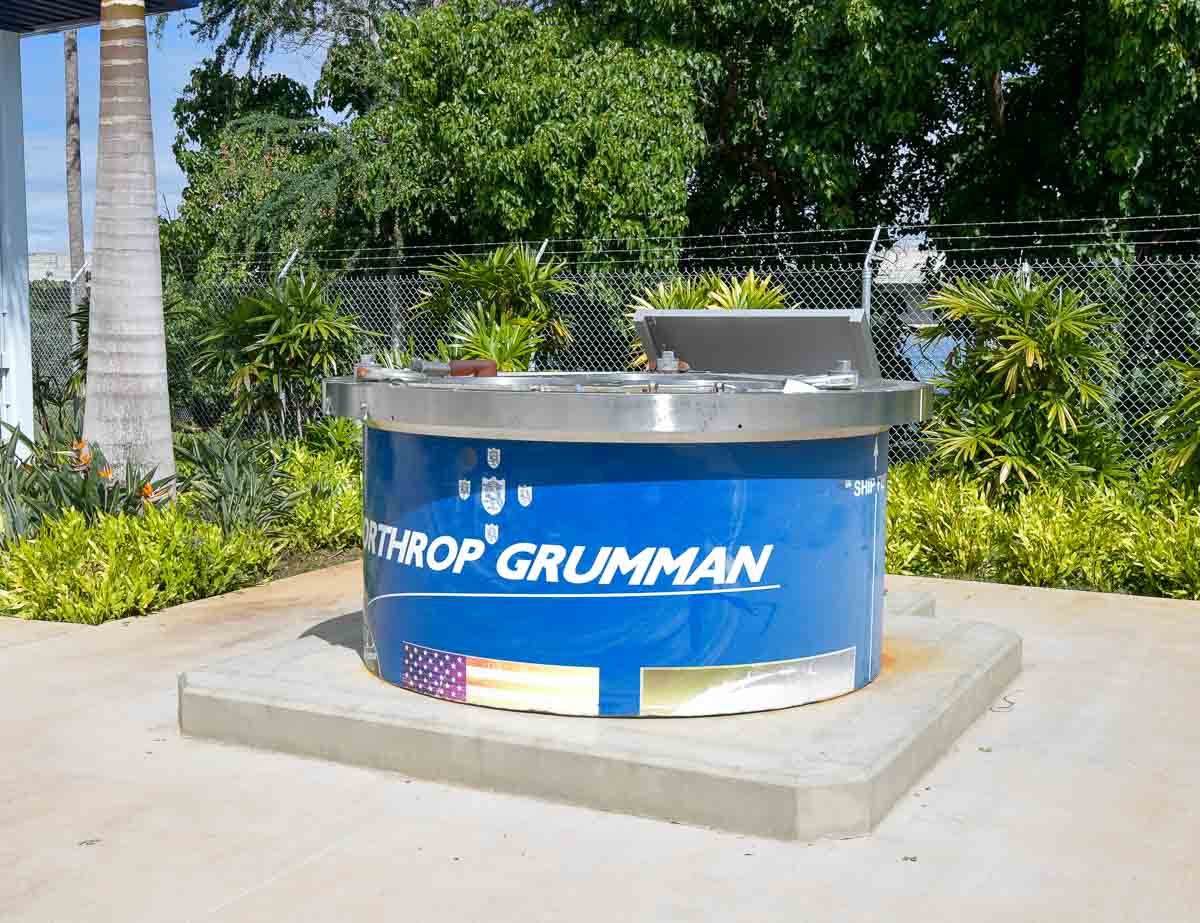 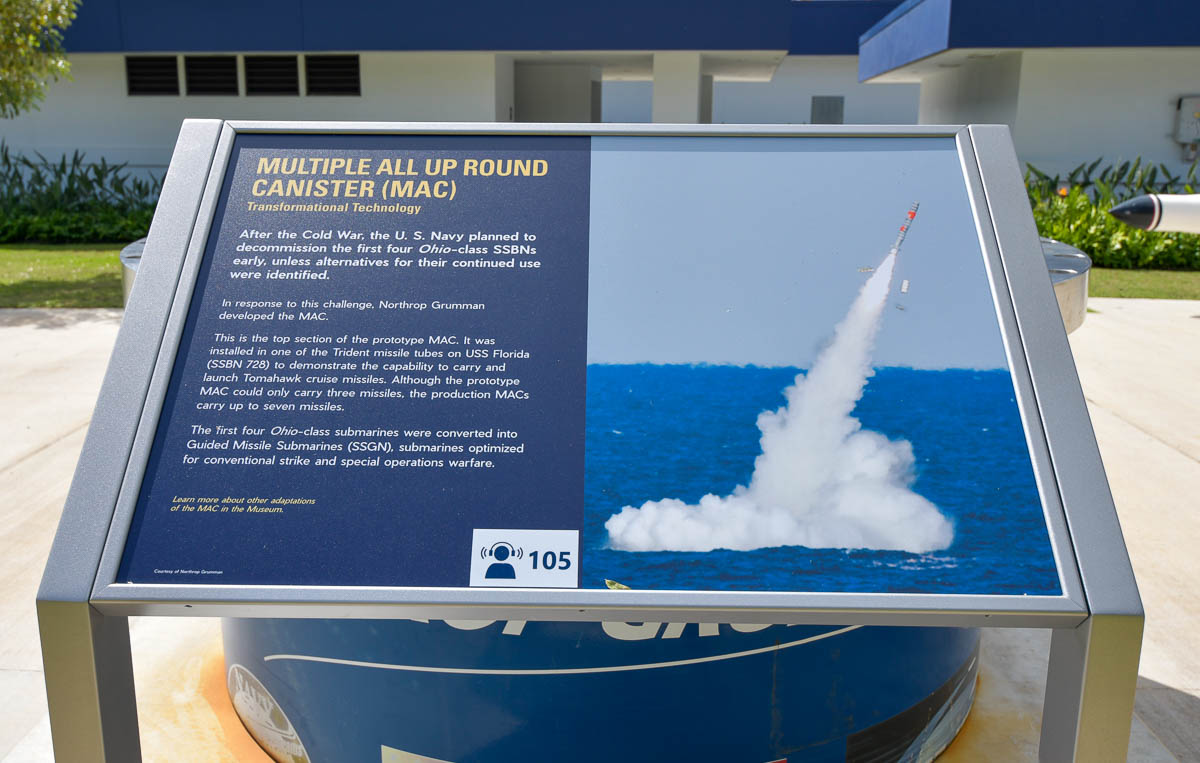 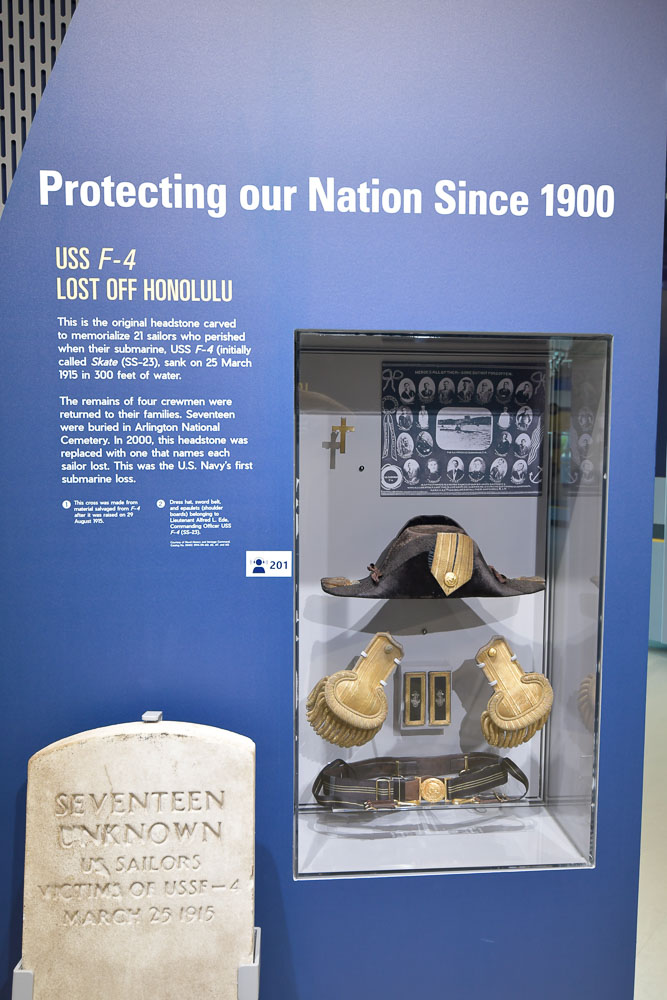 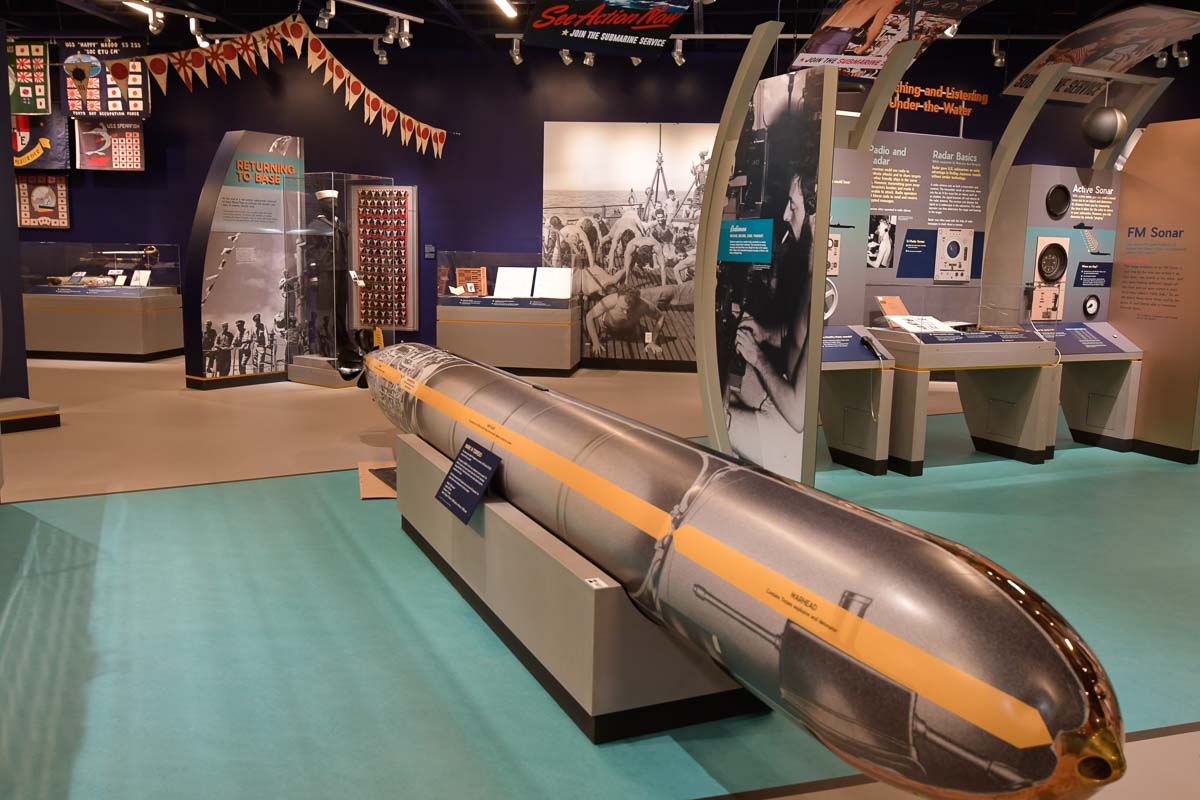 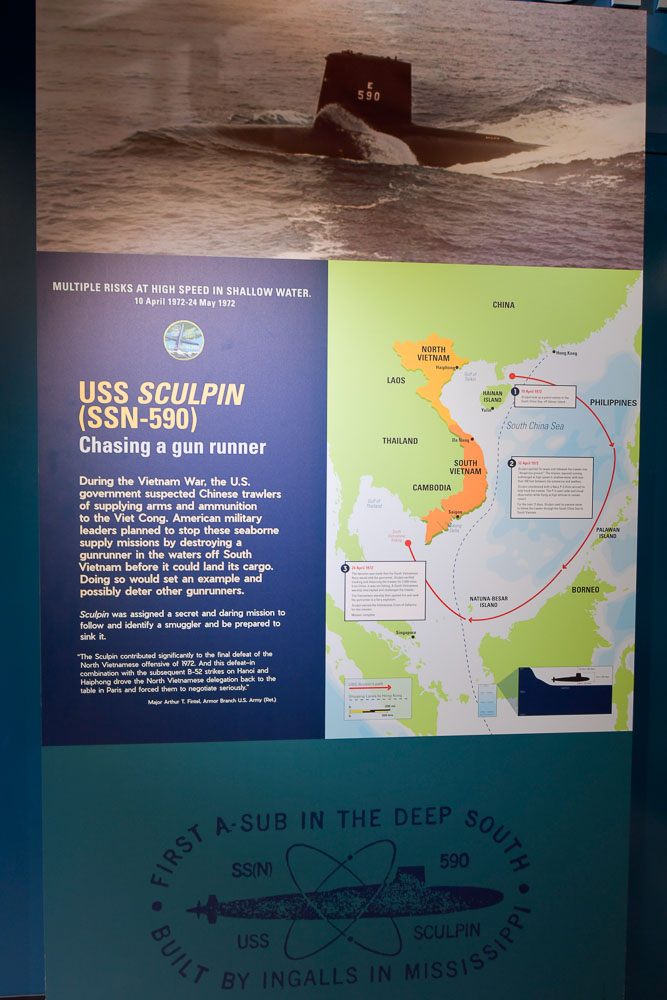 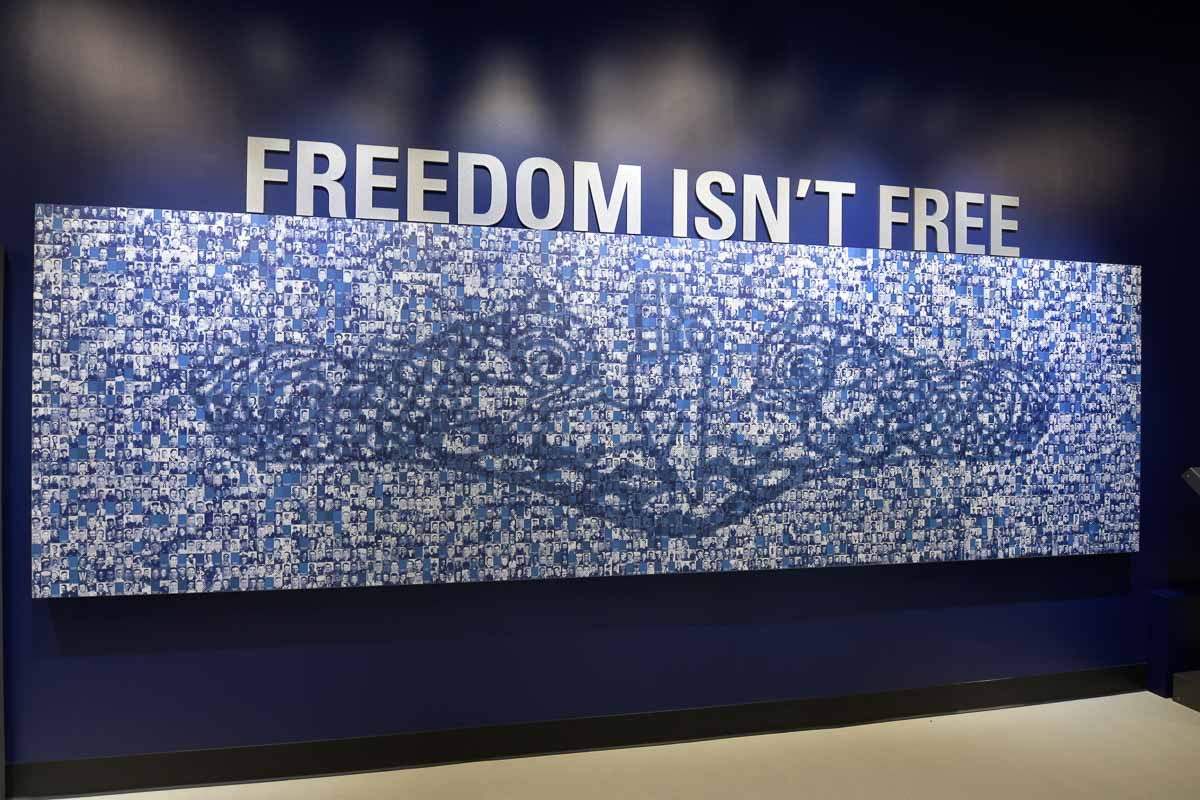