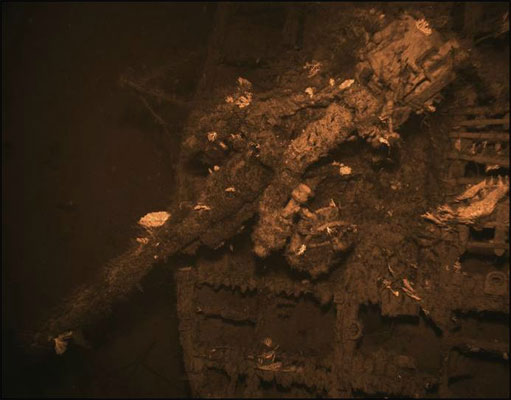 USS R-12 (SS-89) was an R-class submarine from the early 20th century. It had been decommissioned in 1932 and was recommissioned in 1940. On 12 June 1943 the R-12 was conducting routine practice when the forward battery compartment began to flood. Orders were given to blow the main ballast but the water rushed in too fast. The men on the bridge were swept away and rescued, but the remaining 42 men inside were lost.

In late 2010 the R-12 was found in 600 feet of water off Key West, Florida, by an exploration team led by Tim Taylor aboard the expedition vessel RV Tiburon. In making the discovery, the team deployed a state of the art autonomous underwater robot which collected the first ever imagery of the remains of R-12. They are collaborating and sharing their findings with the US Navy. RV Tiburon is planning additional expeditions to further investigate the possible causes of the sinking, and collect detailed archeological baseline data.