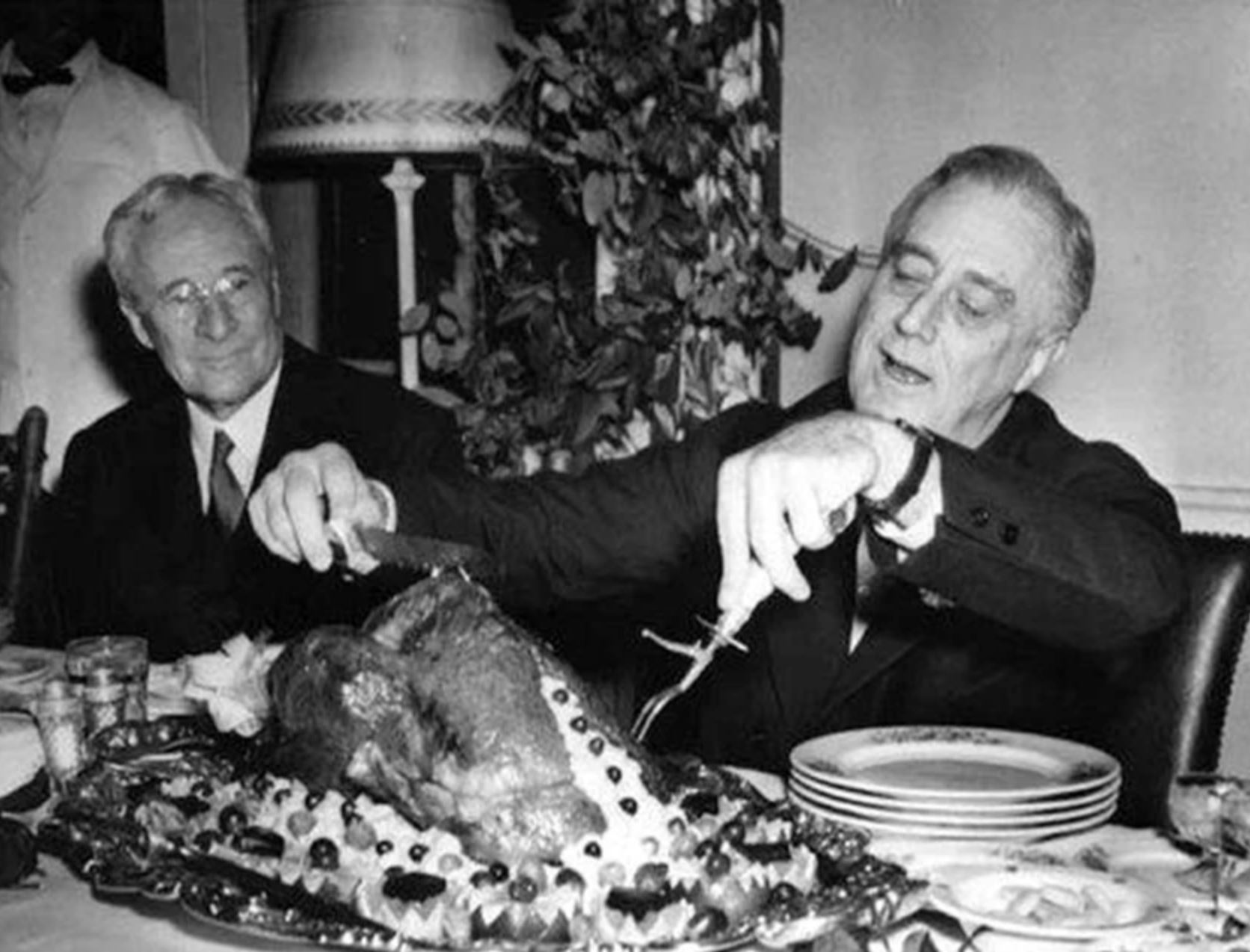 Once upon a time the United States celebrated two Thanksgivings; it did not go well.

During WWII food shortages and restrictions on travel were difficult enough for folks without adding political arguments over the date on which to celebrate Thanksgiving.

In 1939, two years before the U.S.’ entrance into the war, retail executives pressured President Franklin Roosevelt into changing the date of Thanksgiving from the last Thursday in November to the third Thursday. He believed that by taking a holiday one week earlier that this could help bolster retail sales during one of the final years of the Great Depression. This led to anger and protest, causing some to deride the holiday as “Franksgiving”.

22 states went along with Roosevelt, 23 refused, Texas and Colorado observed both dates, and Mississippi never decided.

In 1941, after two years of backlash, Congress declared the fourth Thursday in November the legal “Thanksgiving Day.” This would be the last time Roosevelt ever attempted to give Black Friday shoppers some extra time.